Stop Stepping Over Dollars To Pick Up Pennies 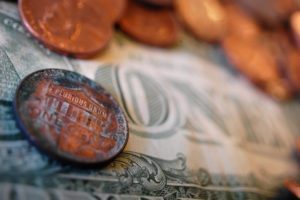 Oh man… where do I even start with this post. This post is about a term I have used over and over again in business “Don’t Step Over Dollars to Pick Up Pennies”. I don’t know how many times in my early path of entrepreneurship where I wish I had learned this expression. It was an expression that heard when I was a kid but I did’t really apply it or learn from it until I became a seasoned entrepreneur.

The pennies look attractive. That’s $10,000 right now in your pocket now. However, if you were to just wait and invest time. You would make $12,000 over a year without killing yourself. Not to mention the year after that and the years after that. It’s literally the compound effect. Over and over again. 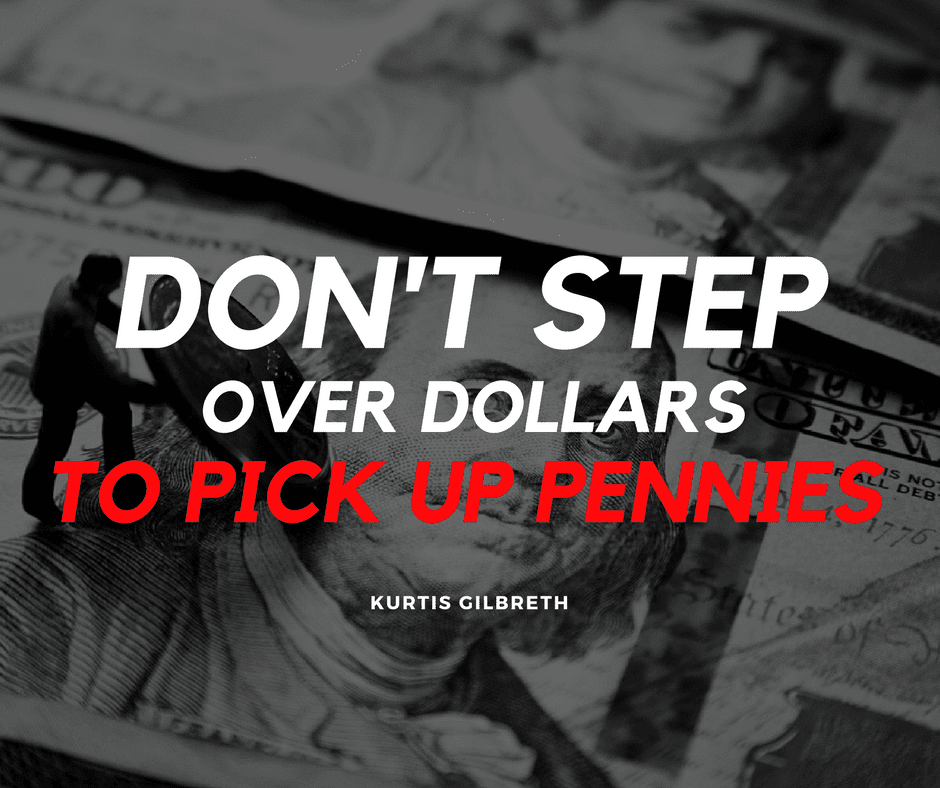 There have been often times that in my entrepreneurship path that this has helped myself and our company continue to focus on the core values. As grow as an entrepreneur you will find that many people will to influence how you build your business. While most people have good intentions with their advice.

An example of this is when Andy Johnson from Farmstrong Coaching was told that he should focus on his monthly sales goals and not do the the things like New Wave and BNI. That he knew would pay long term dividends. Essentially he was told to focus on the pennies. While he knew that if he invested in the long term relationships that he would be able to collect dollars month after month. Now Andy has people sending him business month after month. He focuses on the long term investments of people than the short term monthly sales goals.

Another example of the long term dollar effect is Camille with Positive Life Change with Fitness was instructed over and over again to chase pennies (To focus on the invites and monthly sales goals) She continued to focus on relationships rather than sales. Now, she runs several networking groups and has done her first ever corporate challenge group with a company that sought after her.

A final example is Sara with Life Changes by Sara. Sara didn’t want to just talk about fitness anymore. She wanted to share her story and inspire others to follow a path of sobriety and a healthy lifestyle. She has continued to share her story that isn’t always related to fitness and has attracted people to her. This new focus on inspiration and guiding people through blogging will allow Sara to collect dollars in her business instead of chasing pennies.

So What Does Really Mean?

At the end of the day, building a business is hard. Especially when you compare yourself to others or even get compared to others. There is no wrong or right way to build a business when you are leading with your heart and giving value. There are too many times that I have seen business owners fail even after great success because they built their business on pennies and not focusing on the dollars. Dollars may seem harder to achieve because it takes longer and has no guarantee. However, once you build a brand, a reputation, and value in others; Pennies won’t even be attractive to you anymore. So next time a training, advice, or new way to do things gets thrown your way.. ask yourself “Does this _______ focus on dollars.. or Pennies?”